Indian Navy Recruitment SSC Officer , Applications are invited from unmarried eligible men & women candidates for grant of Short Service Commission (SSC) in Information Technology (IT) entry of Indian Navy under Special Naval Orientation Course at Indian Naval Academy (INA) Ezhimala, Kerala. Candidates must fulfill conditions of nationality as laid down by the Government of India. Last Date of online application is 10th February 2022.  Candidates who eagerly waiting for the Indian Navy Recruitment 2022 and want this kind of opportunity then this has the right time for them to apply under the given position in this notice. There has a huge number of posts for which notification has been announced by the department. So the competition among the student expected to be high. Becoming an employee in the Indian Navy has gained more respect from the aspirants.

Never underestimate the value of time that you served in the Navy. Your naval career will have stood you in very good stead for civil employment. The industry recognises the high level of training, responsibility, reliability and management skills of Service personnel. The leadership skills that you acquire will give you a distinct advantage over others in the civil world.

If you decide to pursue your career in the Navy for 15 years as a sailor or 20 years as an Artificer or 20 years as an Officer, you qualify for a life-long pension. Think about it: By the age of 35 to 45 you could choose to retire from service with an assured monthly pay check for the rest of your life. This will supplement what you will receive as pay in your second career.

The Indian Navy is a technology-driven force with its ships, submarines and aircraft fitted with cutting edge equipment. As an Engineer Officer, you will get an opportunity to operate and maintain the Marine Engineering equipment onboard ships/submarines/aircrafts. In addition, huge opportunities exist to work in Repair Yards and Maintenance Units to provide third and fourth line of maintenance. Engineer officers also get a chance to work in Design and Production organizations to contribute to indigenous ship-building. In no other career, does an engineer get exposed to such a wide spectrum of job profiles. As an Engineer Officer, you would also get ample opportunities to undergo technical courses/Post Graduation in India and abroad.

Indian Navy Recruitment for Executive IT and Indian Navy provides excellent career opportunities in the field of IT. Personnel gain hands-on experience in operations, maintenance and administration of state-of-the art networks, IT infrastructure and advanced IT/InfoSec application. They are exposed to handling niche technology and R&D functions as part of standard growth profile. Naval IT setup is unique since it involves not only shore based establishments but also afloat units, which require to maintain connectivity and synchronized operations.

Duties and Responsible of Executive IT Officer of Indian Navy

The charter of duties of IT officer includes the following:-

A candidate must have minimum 60% marks in English in class X or XII and must have qualified one of the
undermentioned educational qualification with minimum 60% overall qualifying marks, in either or a combination of the
following (No equivalent stream of BE/ B.Tech/other qualifications other than those mentioned below will be considered valid
for selection process at any stage ):-
(a) MSc/ BE/ B Tech/ M Tech (Computer Science/ Computer Science & Engineering/ Computer Engineering / Information
Technology/ Software Systems/ Cyber Security/ System Administration & Networking/ Computer Systems & Networking/
Data Analytics/ Artificial Intelligence), or
(b) MCA with BCA/BSc (Computer Science/ Information Technology)

(a) Due to COVID-19 pandemic, an exception is being made in the public interest wherein no INET (O) entrance examination is being held for shortlisting candidate for SSB. The final merit list for induction will be prepared based only on SSB marks.
(b) These vacancies are tentative and may be changed depending on availability of training slots.
(c) NCC Candidates. NCC ‘C’ certificate holders will be given relaxation of 5% in cut off marks towards shortlisting for SSB subject to meeting following criteria:-
(i) Having NCC ‘C’ certificate of Naval/Army/Air Wing with minimum ‘B’ Grade.
(ii) Not served less than two academic years in the Senior Division, Naval/Army/Air Wing of the NCC.
(iii) ‘C’ certificate should not be dated prior to 01 Jun 2019.
(iv) The final selection will be subject to verification of the certificate by DG NCC/concerned NCC unit for its validity. Candidature of individual will be cancelled at any stage
of selection/training/post commissioning, in case of false declaration, misinformation, concealing of information.
(v) The mandatory minimum educational qualification in qualifying degree at all stages (SSB/ Training/ post commissioning) is 60%. 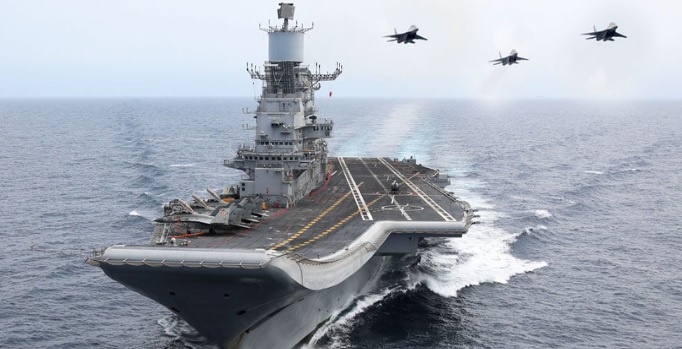 Candidates who have graduated/post graduated or in the final year with minimum 60% marks in aggregate or equivalent CGPA.

The university for the above mentioned should be incorporated by an Act of Central or State Legislature in India or other educational institutions established by an Act of Parliament or declared to be deemed as Universities/ Autonomous Universities under UGC, Act 1956; IIT Act, 1961; AICTE Act, 1987; NITSER Act, 2007; IIIT Act, 2014.

Candidates who have obtained a degree in Engineering with 60% marks in aggregate or equivalent CGPA/System from such foreign university/ college/ institution.

The university/college/institution for the above mentioned should be recognised by the Government of India for the purpose or Engineering Degree/ equivalence certificate from Association of Indian Universities established under AIU, Act 1973, can apply.

The candidate will be required to fulfil the educational qualification stipulated above before joining INA.

The candidate failing to meet stipulated educational criteria will not be permitted to join INA, Ezhimala.

All SSB recommended candidates would be required to inform their final result of respective degree by 01 Jul 2022 to Indian Navy on the email id officer@navy.gov.in.

The selection procedure is as follows:-

(b) BE/B Tech. For candidates who have completed or in final year of BE/B Tech, marks obtained upto fifth semester will be considered for SSB shortlisting.

(d) Candidates selected in the final merit list will be required to submit the proof of completing the qualifying degree with minimum 60% of marks by sending an email at the address officer@navy.gov.in . Candidates failing to meet the criteria will not be permitted to join the Academy.

(e) No communication will be entertained in this regard.

(f) Shortlisted candidates will be informed about their selection for SSB interview through e-mail or SMS (provided by candidates in their application form). Candidates are advised not to change their e-mail/ mobile number till selection process is over.

(g) Change of SSB Centre for examination/ interview is not permissible under any circumstances.

(h) Any correspondence regarding change of SSB dates be addressed to the call up officer of the concerned SSB on receipt of call up letter. Candidates are to download the call up letter on receiving intimation from IHQ MoD (N) via SMS/email (provided by candidate in their application).

(j) No compensation is admissible in case of any injury sustained as a result of tests during SSB interviews
(k) AC 3 tier rail fare is admissible for the SSB interview, if appearing for the first time for particular type of commission. Candidates are required to bring photocopy of the first page of pass book or cheque leaf where the name, A/C No. & IFSC details are mentioned, while appearing for SSB.

Merit list would be prepared based on SSB marks. Candidates declared fit in medical examination would be appointed as per availability of vacancies in the entry.
Training. (a) Candidates will be inducted in the rank of Sub Lieutenant.
(b) Selected candidates will undergo 04 Weeks Naval Orientation Course at the Naval Academy, Ezhimala. This will be followed by professional training at Naval Ships and training
establishments as per extant regulation.
(c) Only unmarried candidates are eligible for training. Any candidate who is found to be married or marries while under training will be discharged from service and shall be liable
to refund full pay & allowances drawn by him/her and other expenditure incurred on the candidate by the Government.
(d) If the officer voluntarily withdraws from initial training or resigns during the probationary period, he/she shall be required to refund the cost of training in whole or in part, as may
be determined by Govt. & all money received by him/her as pay & allowances from the Govt. together with the interest on the said money calculated at the rate in force for Govt loans.
10. Probation Period. Probation period for SSC (IT) Officers is two years. The probation period will commence from the date of grant of the rank of Sub Lieutenant and will terminate
after two years or on completion of initial training (whichever is later). During probation the officers are liable to be discharged in case of unsatisfactory performance at any stage.

How to Apply Indian Navy Recruitment

Candidates are to register and fill application on Indian Navy website www.joinindiannavy.gov.in w.e.f 27 Jan 22. To save time during the application submission
window, candidates can fill in their details and upload documents in advance. The online submission of application is as under:-
(a) Whilst filling up the e-application, it is advisable to keep the relevant documents readily available to enable the following:-
(i) Correct filling up of personal particulars. Details are to be filled up as given in the Matriculation Certificate.
(ii) Fields such as e-mail address, mobile number are mandatory fields and need to be filled.
(b) All relevant documents (preferably in original), marks sheets upto 5th & 7th semester for regular and integrated BE/ B.Tech courses respectively and all semesters for other
degree examination, date of birth proof (as per 10th & 12th certificate), CGPA conversion formula for BE/ B.Tech, NCC ‘C’ certificate issued by National Cadet Corps and a recent
passport size colour photograph should be scanned in original JPG/TIFF format, for attaching the same while filling up the application.
(c) If any scanned document is not legible/readable for any reason, the application will be rejected. Candidates are to take print out of application and carry it while appearing for
SSB interview.
(d) The application once submitted will be final and no request for amendments/change will be entertained.

Probation period for SSC (IT) Officers is two years. The probation period will commence from the date of grant of the rank of Sub Lieutenant and will terminate
after two years or on completion of initial training (whichever is later). During probation the officers are liable to be discharged in case of unsatisfactory performance at any stage.

The Navy has the following three Commands, each under the control of a Flag Officer Commanding-in-Chief:-

The Western and the Eastern Naval Commands are ‘Operational Commands’, and exercise control over operations in the Arabian Sea and the Bay of Bengal respectively. The Southern Command is the Training Command.

The cutting edge of the Indian Navy are its two Fleets, namely the Western Fleet, based at Mumbai and the Eastern Fleet, based at Visakhapatnam. Besides the Fleets, there is a Flotilla each, based at Mumbai, Visakhapatnam and Port Blair (A & N Islands), that provide Local Naval Defence in their respective regions. Naval ships are also based at other ports along the East and the West coasts of India and the island territories, thus ensuring continued naval presence in the areas of national interest. Further, there are various Naval Officer-in-Charges (NOICs), under each Command, responsible for the Local Naval Defence of ports under their respective jurisdictions.

The defence of the Andaman & Nicobar Islands is a joint responsibility of all the three services and is coordinated by the Headquarters, Andaman & Nicobar Command, located at PortBlair. This is the only Tri-ServicesCommand in the Indian Armed Forces and is headed by a Commander-in-Chief, as appointed in rotation from the three Services. The Local Naval Defence of the Lakshadweep group of islands is the responsibility of the Naval Officer-in-Charge, Lakshadweep.